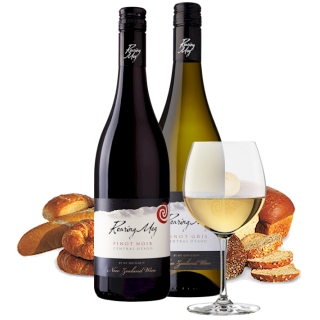 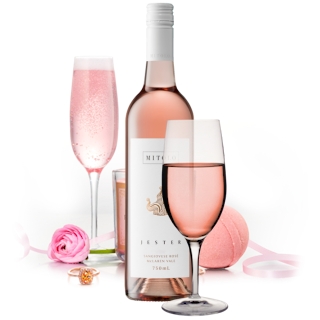 Growers Gazette»
Mount Difficulty are a commune of growers, established 1998 within the elite dress circle of Central Otago vineyards. Propitiously placed around the ancient goldfields of Cromwell Basin, their harvests had long been called upon for bottling under the labels of New Zealand's most conspicuous brands. Launched as a limited release of small batch, single block vintages, the co operative of accomplished growers, has evolved through critical acclaim and word of mouth, into a formidable range of Central Otago, defined by their excellence and exquisite eloquence of.. Venerable vignerons of the very deep south»
Bully For Bleasdale»
The First Colonists to arrive in South Australia were brought to Kangaroo Island aboard HMS Buffalo in 1836. Sharing the journey was a veteran of the Royal Navy who had served aboard Lord Nelson's flagship HMS Victory. Frank Potts was an accomplished sailor and carpenter, he built many of the young colony's structures and trading vessels. Six generations later, the Potts family's precious plantings of Malbec have been a key component in many of the nation's most memorable and invaluable vintages for decades. A varietal that performs magnificently on the silty flood plains of Langhorne Creek, Bleasdale's pure Malbec bottlings are a profound statement about the.. Making the most magnificent malbec»
Drinks Around The Derwent»
There are fewer than twenty hectares of Stefano Lubiana vines, overlooking the spectacular tidal estuary of Derwent River. Chosen for its felicitious winegrowing aspects, it is a place of scrupulously clean soils, free of any pesticides or manufactured treatments. Insects are welcome here, they are mother nature's endorsement of a holistically biodynamic viticulture. Lubiana is a fifth generation winemaker, one of the apple isle's leading vignerons, he works to an arcane system of seasonal chronometers, governed by cosmic rhythms, the turning of leaves and angle of the moon. His wines are given full indulgence to make themselves. Ferments lie undisturbed and.. Celestial wines from southern climes»
World's Best Cabernet*»
The 1890s brought boom years to the nascent Aussie wine industry, as connoisseurs throughout Europe and the Empire were introduced to the Dionysian delights of new world Claret by Tyrrell, St Huberts and Wirra Wirra. An enterprising family of Scots took heed of the times to plant grapevines on a uniquely auspicious block in Valley Clare, they called it St Andrew and produced forty vintages of the most sensational quality Claret until the 1930s. The Taylor family acquired the fallow farm in 1995 and brought St Andrew's vines back to life. The treasured block endures as home to the flagship range of Taylor wines, one of the most distinguished vineyards in all.. *according to the french»
Giant Steps
1 - 12 of 23
1 2 next»
1 - 12 of 23
1 2 next»

Great wine is made in the vineyard. At its best it is like a fingerprint, inextricably linking the personality and mood of the land from which it has sprung.

The Giant Steps vineyard is on 115 acres of rocky gravel over clay, 50 km east of Melbourne, on the north facing slopes of the Warramate ranges overlooking the Yarra Valley. The vineyard covers two ridges that rise from 400 to 1100 feet above the valley floor.

Giant Steps seek to grow fruit and ultimately make wine that is less overt and obvious than is encouraged in Australia. The winemakers look for structure and length rather than breadth; finesse rather than largesse and above all, fruit rather than artefact.

Giant Steps is owned and operated by a small team - Phil, Allison and Harry Sexton.

The story starts 2600 km and 23 years ago when Phil established the Devils Lair vineyard in Margaret River. He was joined there in 1990 by Allison, an American biochemist. 1995 proved an excellent year; son Harry was born.

In life, not many people get the chance to do something again; differently, with the benefit of hindsight. While they loved the wines they were producing, they dreamed of creating a small, specialised cool climate vineyard together, as a family. From scratch.

And, in 1997 they took the giant step; sold Devils Lair and crossed Australia to a dream site on the slopes of Victoria's Yarra Valley, alongside several benchmark cool climate vineyards that they had long admired.

After an immense amount of work and many years they have turned a horse stud into a vineyard. The winemakers wanted hands on and they got it.

The Sexton family winemakers are quietly confident that the Yarra Valley can produce Bordeaux varietals with savoury structure, finesse, clarity and textbook fruit purity; without the cedary, geranium/capsicum characters we so often see in this country out of cooler or fast ripening regions.