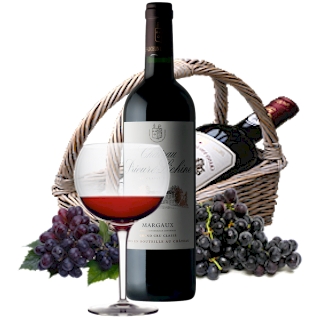 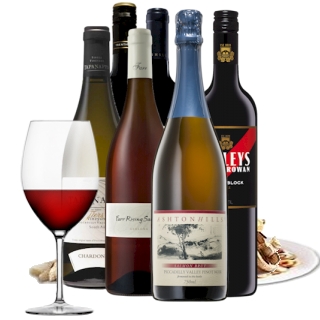 Leongatha, Lucinda & Lees»
Just outside the Gippsland town of Leongatha, a few minutes down the road from the hallowed grounds at Bass Phillip estate, ten precious acres of exceptional terroir were planted in 1990, to artisanal clones of Pinot Noir, Chardonnay and Syrah. The propitious easterly aspects make the most of morning sun, an auspicious bequeath of fertile Ferrosols oblige the rootstock and infuse the fruit, while reducing the vigor and rationing the harvest. Lucinda Estate was never established as a producer of scale, its scant yields were always destined to be in pursuit of stunning Syrah and the perfect Pinot. Victoria's Gippsland is a place of paradise for vintages in the.. A glimpse of the gippsland grail»
The Man Who Made The Grange »
Legendary Penfold winemaker John Duval began his apprenticeship in 1974 under the tutelage of the late great Max Schubert. Duval's family had been supplying Penfolds with fruit and root stock for generations, many of South Australia's most prestigious vineyards were sown with cuttings from Duval's family property. Duval was awarded International Wine & Spirit Competition Winemaker of Year and twice London International Red Winemaker of Year. He now focuses on releasing painfully limited editions, assembled from precious parcels of elite Barossa vine, hand crafted by one of the world's most accomplished and peer respected winemakers... Ancient barossa hamlet vines»
Binder of the Barossa»
Rolf Binder is one of the Barossa's quiet achieving superstars, recipient of the most conspicuous national accolades, Barossa Winemaker of Year and Best Small Producer, Best Barossa Shiraz Trophy and coveted listing in the illustrious Langtons Classification of Australian Wine. Binder's focus has always been on old vines fruit, in particular, the abstruse canon of early settler varietals which populated Barossa Valley during the 1840s. Wild bush vines Mataro, picked off patches at Tanunda along Langmeil Road, ancient growths of Grenache from Gomersal and Light Pass. Rolf's tour de force are eight superlative rows of Shiraz, established 1972 by the Binders.. Seven decades of tillage at tanunda»
Resonance Of Reschke»
Coonawarra cattle graziers since 1906, the Reschke family turned some of their land over to viticulture in the 1980s. Such was the quality of Reschke fruit, that it became an essential inclusion for some of Wynn's most memorable vintages and a number of national icon wines. Reschke now keep the pick of crop for their own label, the most princely harvests of Coonawarra Cabernet, Merlot and Shiraz, characterised by their defined regional eloquence and ingratiating palate weight. The fruit of vines, planted to iron red terra rosa soil and nourished by the fertile plenitude from generations of grazing cattle, for every ardent enthusiast of born and bred, baronnial.. Reschke red, born & bred»
Two Hands
1 - 12 of 15
1 2 next»
Watch Two Hands on

Michael came to the wine industry from a construction background having spent years attending wine tastings and collecting the wines of the world. In 1998, he established his own Australian wine export company and after three successful years of selling other people's wine, he and business partner Richard Mintz decided to start their own operation.

From day one, Michael's role has been multi-faceted. He heads up the marketing side of things and is constantly nutting out new ways to keep the ideas fresh. He is eagerly involved in all aspects of the production process and has successfully overseen the construction of the new Two Hands cellar door and winery in the Barossa Valley at Neldner Road, Marananga.

Richard was a disenchanted chartered accountant by training with an M.B.A. from Adelaide University whose passion for wine started when he was appointed Chief Executive of one of Australia's leading cooperages. In early 2003, Richard left the cooperage to devote himself wholly to Two Hands Wines. He is active in all areas of the business from handling many of our long term projects to supporting international distributors, liaising with growers and even getting his 'two hands' dirty during vintage.

In 2000 they started with just 17 tonnes of fruit from the McLaren Vale and Padthaway wine regions. The heart of the operation is still Barossa Valley based, the cellar door and winery are located in the sub district of Marananga. Opened in December 2003 the cellar door has already come to be regarded as one of the highlights of the region with its contemporary interior design and commitment to providing guests with an educational and personal wine experience. The Marananga winery was officially opened in November 2004, designed specifically for small batch production of the very best parcels of fruit.

The Two Hands are innovative and not afraid to think outside the square as there are many different steps and countless hours involved, from vineyard, through to winemaking, tasting, blending and maturation in order to make consistent, quality wines. The Two Hands winemakers concentrate their efforts on sourcing the best fruit from the best Shiraz vineyards in Australia, working closely with growers on achieving the full potential of each individual site.

Quality, without compromise is central to the Two Hands philosophy, driving all the decisions from fruit and oak selection to packaging and promotion. Two Hands seek to differentiate ourselves, to be unique, fun and innovative while maintaining a high degree of professionalism and integrity.

This is achieved by sourcing the best parcels of fruit available from six prime regions within Australia. Every parcel of fruit is handled separately, no matter how small, from crushing through to fermentation and oak maturation to ensure complexity and personality in the finished wines. Two Hands allow fruit to be the primary feature of all our wines with oak playing a supporting role.