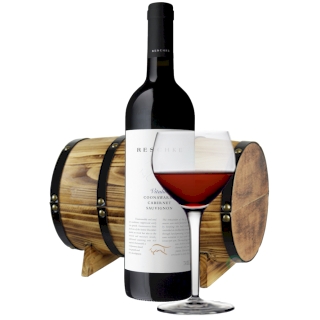 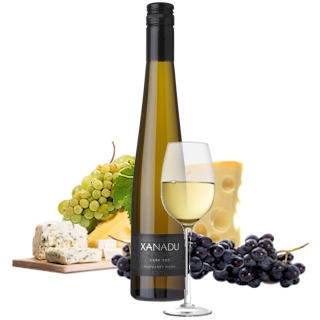 Resplendence Of Rockbare»
Rockbare are raiders of precious but wayward vineyards, planted to outdated standards of viticulture, sadly unviable for large scale winemaking. These are however, precisely the nature of site that Rockbare choose to retain. Winemaker Tim Burvill worked at Wynns and Penfolds, where he refined his style alongside some of the best winemakers in the nation's history. Establishing his own label, he embarked upon a secret project to acquire parcels of prodigal Barossa vine. With a backbone of fruit grown to some of the oldest sites in Australia, much of Rockbare's fruit comes off vines a century or more of age. The intense power and complexity of Rockbare's.. Precious & prodigal parcels of the barossa»
There's Magic At Metala»
Right around the time that Frank Potts was planting his nascent Bleasdale Vineyards during the 1850s, an eccentric Prussian named Herman Daenke established a homestead along the banks of Bremer River, which he called Metala. The site was planted to viticulture by Arthur Formby in 1891 and became one of Langhorne Creek's most productive vineyards, it continues to supply fruit for a number of prestigious national brands. Legendary winemaker Brian Dolan took the radical step of bottling Metala under its own label in 1959 and won the inaugural Jimmy Watson Trophy in 1962. Two generations later, the brothers Tom and Guy Adams took a similar leap of faith and.. The goodly farms of brothers in arms»
Once a yankee sailor named Black Jack»
After hearing tall tales of the Victorian klondike, he jumped ship and made his way to the Castlemaine goldfields. Black Jack mined no fortune but he found his fame as the only American mariner to still be savoured alongside have claimed the eminent M.Chapoutier Trophy for Best Shiraz at the prestigious Le Concours des Vinson on no fewer than three occasions... Found berth in the australian colonies during the goldrush of the 1850s»
Resonance Of Reschke»
Coonawarra cattle graziers since 1906, the Reschke family turned some of their land over to viticulture in the 1980s. Such was the quality of Reschke fruit, that it became an essential inclusion for some of Wynn's most memorable vintages and a number of national icon wines. Reschke now keep the pick of crop for their own label, the most princely harvests of Coonawarra Cabernet, Merlot and Shiraz, characterised by their defined regional eloquence and ingratiating palate weight. The fruit of vines, planted to iron red terra rosa soil and nourished by the fertile plenitude from generations of grazing cattle, for every ardent enthusiast of born and bred, baronnial.. Reschke red, born & bred»
Taltarni
1 - 12 of 14
1 2 next»
Watch Taltarni on

Taltarni is one of the earliest vineyard sites in the Pyrenees, originally planted to the classic varietals, immediately establishing a reputation for impressive robust reds and premium quality sparkling wines

The rebirth of Taltarni Vineyards in 1972 was something of a renaissance for the Pyrenees, a winegrowing region that had slipped into a nadir after a vticultural history which dates back to the mid nineteenth century. Today, the Taltarni Estate's fundamental philosophy is to produce distinctive, well-balanced premium varietal wines with recognizable regionality and estate styling. 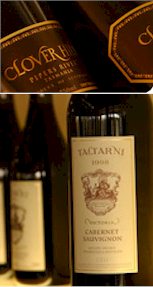 Founding father, Yorkshireman Edwin Makereth, a farmer and miner, first planted vines around Avoca in 1887. His adviser was an Italian viticultural expert, Romeo Bragato, who claimed that Avoca was better suited to winegrowing than most other districts in the colony. He particularly noted the area's good drainage, and advised the planting of shiraz, pinot noir, mataro and verdelho. Romeo Bragato endeavoured to encourage other farmers to establish vineyards in the area.

The depression of the thirties, World War II and the wool boom of the forties eventually saw the demise of the fledgling local wine industry, and Avoca almost lost its viticultural heritage. In the early 1960s, ex-schoolteacher turned earth moving contractor, Walter Henning combined forces with some Ballarat businessmen and began the search for land to plant a vineyard. They hired a plane and flew all around the Pyrenees, looking for a suitable site. Finally they settled on the Moonambel area.

The current 1700 acre site, which Walter Henning was to baptize Taltarni, became one of the founding wineries of the new age of the Pyrenees. The original sixty acres of vines were developed by David Hohnen, who later went on to found Cape Mentelle in Margaret River. After seeing Taltarni through it's natal period, Walter Henning passed the estate onto John Goelet (and Red Earth Nominees Pty Ltd) shortly thereafter in 1972.

From the outset there was a strong French influence, no more evident than in the vineyards which were planted to the classic Franco grapes. Taltarni has consolidated on a strong international reputation for its portfolio of premium wines, especially the long-living red wines, sensational Methode Champenoise styles and varietal sauvignon blanc (originally labelled as Fume Blanc).