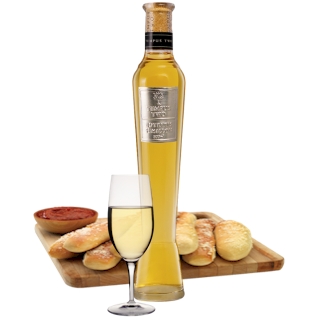 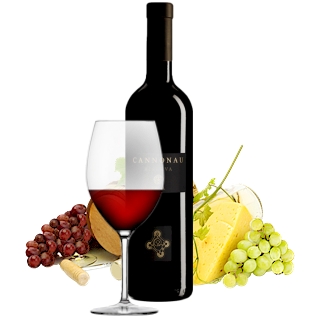 Dominic and Krystina Morris are a young winemaking couple with a passion for making interesting, premium red wines

They met while working vintage in the Barossa Valley and together spent many years travelling and working consecutive vintages in Australia and Europe. It was on their regular end of vintage holiday to the beautiful Pondalowie Bay on South Australia’s Yorke Peninsula that the pair made the decision to funnel their enthusiasm and experience into a vineyard and winery of their own. They chose the Bendigo region in Central Victoria and with family support set about establishing 25 acres of vineyard with grapes varieties that they were passionate about. The winery is named Pondalowie after the special place where they decided to turn their dream into reality.

Owner winemakers Dominic and Krystina Morris make an impressive winemaking team. Both bring to Pondalowie unique skills and experiences gained from their strong wine-industry backgrounds. Krystina has a degree in Oenology from Adelaide University and has worked as a winemaker in South Australia’s Barossa Valley and McLaren Vale regions as well as in the Alentejo and Douro regions of Portugal.

Dominic has experience in many aspects of the wine industry but found working in red wine production the most rewarding. He bolstered the knowledge gained from working in the red wine cellars of some of Australia’s long established premium wineries with vintages in France and the Alentejo and Douro wine regions of Portugal. When the Douro Valley winery he worked for, Quinta do Crasto, won “International Red Wine of the Year” for their 1995 Douro Red wine, Dominic was invited to continue working for them as winemaker. He accepted and now flies three times a year to Portugal to oversee the winemaking at Quinta do Crasto and has helped them achieve their reputation as one of the leading table wine producers in Portugal.

Two vineyards were established at Bridgewater on Loddon, a town 40km North West of Bendigo in Central Victoria. The 10 acre property owned by Dominic’s parents was planted in 1996 using cuttings of Shiraz, Cabernet and Malbec propagated from 30 to 100 year old non-clonal vineyards known to be producing exceptional fruit. The grapes from this vineyard now contribute the principal components of the Shiraz Viognier and Cabernet Malbec wines.

In 1997 they began planting a 20 acre property using the best clones available of Shiraz, Tempranillo, Cabernet and Viognier. The grapes from this vineyard produce the Shiraz and Vineyard Blend wines, contribute Viognier to the Shiraz Viognier blend and of course produce the Tempranillo wines, the unwooded MT and, if the vintage conditions are suitable, the Special Release Tempranillo.

Co-fermentation is a winemaking technique used by Dominic and Krystina to produce their multi-varietal wines. Harvesting and then fermenting two or more grape varieties together integrates the individual varietal flavours and produces superior balance and texture in the resulting wine. This technique is used to produce the ‘Vineyard Blend’, Shiraz Viognier and whenever possible the Cabernet Malbec wines. Malbec tends to ripen earlier than Cabernet so it is not always possible to co-ferment this wine.

Fermentation may commence naturally in the freshly crushed grapes before being inoculated with cultured yeast strains selected specifically for each grape variety. Once active, the ferment is ‘dumped’ from the half-tonne bins into either one of the fermenters specially designed by Dominic and Krystina or into a stainless steel open fermenter. The dumping action enhances the colour extraction from the young ferment and ensures a thorough mixing of the various half-tonne ferments, especially when varieties are being co-fermented.

Continual tasting of the ferment determines the frequency of hand plunging, ‘drain and return’ and skin contact treatments the ferment receives. Generally, the ferment is left ‘on skins’ for between 6 to 24 days, during which the temperature is allowed to increase from around 20°C to 30°C. Malolactic bacteria are inoculated during the final stages of the primary fermentation.